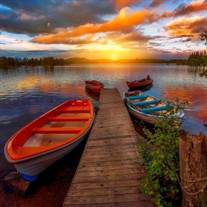 Yien Pou Saechao, 64, of Visalia, California, passed away on October 17, 2021 surround by his family. He was born on October 10, 1957 in Thailand. He then immigrated to San Francisco, California in 1980 before relocating to Visalia, California. He was a farmer, mechanic and an entrepreneur. A wonderful loving son, husband, father, and grandfather. He married Meuy Chow, in 1982 who survives him. Yien Pou is also survived by his five children, two son-in-laws, and two daughter-in-laws. Daughter, Mayla Urias and partner Segundo Urias, son, Nai Chan Saechao and partner Hnia Thao, daughter, Jennifer Saechao, son, San Chan Saechao and partner Megan Saechao, and daughter Farm Saechao and partner Isaiah Castro. He is also survived by his ten grandsons, Skylar Chao, Preston Saechao, Clayton Saechao, Carson Saechao, Jacob Castro, Ethan Urias, Jaxson Saechao, Deegan Saechao, Wyatt Urias, and Logan Castro. Yien Pou was predeceased by his eldest son, Kao Mey Saechao. Yien Pou was known for his love of farming, fishing, and hunting. He enjoyed spending most of his days at the farm growing and selling fruits, vegetables, and herbs. He was a humble, kind, and a hardworking man. When he wasn't at the farm, he was spending time with his children and grandchildren. He would do anything for his family as, they were the center of his world. His humbleness, love, and smile will be greatly missed not only by his family, but the community, customers, and friends. The world has lost a great son, husband, father, grandfather, and leader. Visitation will be held 4-7pm Tuesday, November 2nd, 2021 at Salser & Dillard Funeral Chapel, 127 E. Caldwell Ave., Visalia. Graveside services will be held 9am Wednesday, November 3rd, 2021 at Visalia District Cemetery, 1300 W Goshen Ave, Visalia. Services have been entrusted to Salser & Dillard Funeral Chapel. Memorial Tributes and condolences may be offered by logging onto www.salseranddillard.com.

The family of Yien Pou Saechao created this Life Tributes page to make it easy to share your memories.

Yien Pou Saechao, 64, of Visalia, California, passed away on...

Send flowers to the Saechao family.