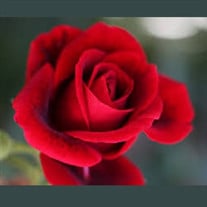 In Memory of Suzie Mobert Sue was born Jan. 12, 1924 in Bowerston, Ohio. Her parents, Anna Wayda and John Pastircak, immigrated from Czechoslovakia and eventually settled on a farm in Ohio. She was one of eleven children and learned from an early age the meaning of a hard day's work. It is probably due to this upbringing she did everything, whether it was working, gardening, exercising or one of her many other activities, with complete commitment and vigor. While visiting her brother Eddie in 1946, Sue was introduced to his good friend Ross Mobert. It was love at first sight for both of them and they married within 3 months of that first meeting. They lived in Visalia and spent a life full of love, laughter, friendship and true companionship. Sue believed one of the reasons for their strong foundation was their faith and involvement in the church. Not only attending every Sunday, they were active volunteers at Grace Lutheran and then later at Assembly of God. Through the church they found not only friends, but a mission to share with those they loved. Sue loved to travel and took advantage of exploring whenever possible. They both had their private pilot licenses and in their spare time, took turns flying their plane to various locations in California. They also took numerous cruises, visited various locations in the US, toured throughout Europe and traveled to Israel. During their 67 years the two of them were always together until the passing of Ross in July of 2013. To complete their family, they adopted two children Dan and Cindy. If you were to ask anyone in the family, they would all agree she was a true Matriarch. Sue was a mother to two, grandma to five and nana or great grandma to seven. For many years, it was around her table that we enjoyed amazing recipes, shared stories of our lives and celebrated the holidays. During her life she had many interests and took classes at Kent State University which would later serve her well in her profession. Sue worked for Visalia Unified School District as a secretary for Conyer Elementary and later at Green Acres until she retired. Her precision and work ethic are just a few of the ways she contributed to the school and staff she worked beside. To know Sue was to know appreciation for beauty. Whether it was the clothes she wore, which she often tailored herself, her beautifully tended gardens, or her immaculate home, you could tell she had great pride in the life she led and how she presented herself. We have no doubt that heaven is even more beautiful due to her careful eye and skilled hands. Sue was preceded in death by her parents and ten siblings, as well as her husband Ross, her grandsons David Mobert and Michael Mobert. She is survived by her son Daniel Mobert, his daughter Sarah Hughes and grandchild Emma Mobert. She is also survived by her daughter Cindy Ganott-Levitt, her two sons Jason Westgate-Ganott (Brynne), their children Magnus, twins Adelynn and Lucas and Morgan Coz (Kat), their children Addison, twins Quill and Harper. Wednesday, March 17th Viewing from 4-7 pm. Salser & Dillard Funeral Chapel. Thursday March 18th Funeral Service at 10 am. Salser & Dillard Funeral Chapel. Graveside at Visalia District Cemetery at 12 pm. In lieu of flowers, donations in her memory can be given to Visalia Rescue Mission. Visit: or Operation Finally Home. Visit:

In Memory of Suzie Mobert Sue was born Jan. 12, 1924 in Bowerston, Ohio. Her parents, Anna Wayda and John Pastircak, immigrated from Czechoslovakia and eventually settled on a farm in Ohio. She was one of eleven children and learned from... View Obituary & Service Information

The family of Susie Mobert created this Life Tributes page to make it easy to share your memories.

In Memory of Suzie Mobert

Send flowers to the Mobert family.