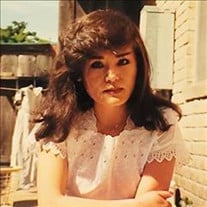 Name: Song Hui Chi (last name Pronounced Gee) Date of Birth: June 20 Date of Passing: 2/26/2021. Resided: La Mirada, CA Song Hui was born in Korea. She met someone special and married him, had a beautiful daughter, Gina. They moved across the globe to Minnesota with her new family. During those times, living in America was not easy for her, she had struggled to learn a new language, culture, and basically leaving an old life behind. Through these difficult challenges, she learned a new language, adapted the new culture, and became a stronger person. As no one has a perfect life, she had moved from state to state and travelled across the country through her youth. She made a great number of tough decisions in her life, which was not easy. She saw Gina a handful of times, before Gina became an adult. Song Hui moved a lot, and lived in different parts of the country, as she made herself home in California. Here she had 2 more beautiful children Suezan and Song. She had raised them alone mostly, with the help of her mother and brother. As any parent would, she made many sacrifices; surely to raise her children with love and respect especially for each other. Making a few career changes throughout her life. She finally found something she enjoyed. The high stress level was a price, but she absolutely loved being a chef. She was surrounded by people who enjoyed her cooking, which made her bosses very happy. She had a Personality! With a great sense of humor that always brighten up the room. She was thoughtful, feisty, sweet, caring, kind, witty, considerate, stern, with a hint of stubbornness. Not afraid to speak her mind. In her late 50's she discovered she had an illness, cancer. 5 years later, she beat cancer. She did everything she could to make sure she lived for her children yet, more for her grandchildren. She loves each and everyone of them, she was filled with love and wanted to share that love every chance she could. From Gina: I know and have always known that mom struggled in her life. Yet, she still persevered! I will never know all that she went through�what her life was like as an infant, toddler, child, teenager, and even an adult. I don't know where she went to school or how far she went. Her friends growing up. What it was like with her parents and brother. From Suezan: All my life, the only parent I have ever known was my mother. She was my mother and father, and any other role in life, she was the one. She supported all my decisions in life, relationship, school, friends, or any other thing I had going on. She was always open to tell me I am either doing great or I need to change. One thing she discovered was she enjoyed was cooking, so she found herself a job as a chef in many different places through the years, learning new ways to create dishes, and perfect her own recipes. Her favorite part of her job was when others enjoyed her cooking. Compliments were always nice, but the best compliments were when she was asked to make it again, THAT is when she knew her meal was absolutely enjoyed! As I was growing into an adolescent we often argued, a lot, because we had very different perspectives, yet very similar personalities. I would not win many arguments because as we know, Korean tradition is known for obeying parents. As a young adult, when we discovered she had cancer, my world flipped upside down, she wanted to keep it between her and I because she did NOT want to burden my other 2 siblings. But I went against her and told them anyways�months later. She was mad that I had told them. Oh well. Then she had gone through chemo, radiation, surgeries�one after another for all sorts of different reasons�yet, she stayed so strong. She hid all her fears and only showed me how strong she was. She knows I was not always one of her stronger children. She used her sense of humor to get through the tough times. She made it seem like the hardest parts was okay through laughter. She was always remembered by doctors and nurses because her humor, it embedded something in them. She wanted to do so much for her children but more for her grandchildren. Her face always lit up when she talks about how her grandchildren. All 8 of them. She was wealthy with love!

The family of Song Hui Basel created this Life Tributes page to make it easy to share your memories.

Send flowers to the Basel family.