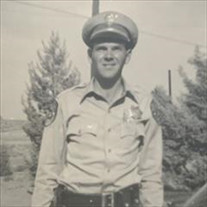 Obituary - Ronald DeGraw Ronald DeGraw passed away on Monday, April 12, 2021, at the age of 88 years. Ron will lovingly be remembered by his children Doyle (Cathy) and Randy (Jan). Ron will also be fondly remembered by his nine grandchildren, Nathan (Rhonda), Peter (Erin), Aaron (Katrina), Stephanie Powers (Stephen), Michael (Samantha), Sarah Goodman (Brian), Rebekah Schellenberg, Matthew, Elizabeth and Tracy Nolin (Matt), fourteen great grandchildren, two great-great grandchildren and by his sister Ramona, and will also be forever remembered by his numerous nieces, nephews and extended family and dear friends. Ron was predeceased by his wife of 59 years Nita, daughter-in-law Patty, parents George and Leslie, brother Gary, sisters Neva Smith and Audrey Workman. Ron graduated in 1950 from Clovis High School where is was Senior Class President, member of the California Scholarship Federation, played on the varsity basketball and baseball teams, and was described by his classmates as tall, dark and handsome with a nice smile, a tease, good in sports and swell guy! Ron served in the United States Army during the Korean War and spent most of his working career as a traffic officer in the California Highway Patrol. There were those who thought Ron was too kind and gentle to have been a policeman, but he was proud of his badge (#2764) and the mission to carry out the CHP motto, "Safety, Service and Security." Ron was a committed Christian and was faithful in his commitment to his Lord and Savior, Jesus Christ and would not hesitate to share his faith with anyone he would meet. He attended church regularly and loved to sing in choirs and in any quartet that had need of his smooth bass voice. He most recently attended the First of God of Fresno, the city of his birth and where he lived the majority of his life. Ron will be buried alongside his wife at the San Joaquin Valley National Cemetery in Gustine, California. A time of memorial to honor him will be held and led by his sons at a date to be announced in the future.

The family of Ronald Doyle DeGraw created this Life Tributes page to make it easy to share your memories.


Ronald DeGraw passed away on Monday,...

Send flowers to the DeGraw family.