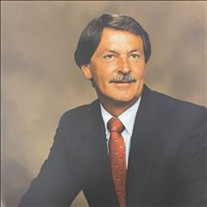 Robert "Bob" DeShazo passed away on Monday, August 23rd, 2021 at the age of 76 after an ongoing battle with Cancer. Born on February 10, 1945 in Compton, CA, Bob was the only son and number 3 out of 4 children for Bessie and Charles DeShazo. After graduating from high school, Bob took some time to serve our country and joined the United States Air Force. Upon returning from his time in the military, Bob had a number of jobs. He worked in Real Estate, Real Estate Development, was in administration for the court systems and finally he found his passion in life through insurance sales. Bob spent many of his years (more than 20) in the mortgage insurance business. He was the first employee hired in 1994 when CUNA Mutual Group and PMI entered a joint venture creating CMG Mortgage Insurance Company, the first mortgage insurance company to focus exclusively on credit union mortgage lenders. From the moment he was hired until the day he retired in January of 2012, he served as the companies Western Account Executive, covering a number of states in the Western US, as well as many of the company's key customers. He was a perennial top sales performer, winning a number of achievement awards throughout his career. When Bob wasn't traveling for work he was at home raising his one and only son Ryan. Bob cared deeply for his family, for his beloved pet cats and for his friends with whom he considered family both far and near. His greatest joy in life was being around the ones he loved, golfing, skiing (in his early years), gambling and watching sports on television. He was diehard fan for both the LA Dodgers and LA Rams. If you called Bob and he had not watched the game yet, he would yell and hang up on you if you even thought about giving him an ounce of the details or an idea of the final score. After retiring, Bob spent most of his time visiting with the many house guests he would have come in to town (he was a natural host and loved to have his family and friends stay with him), weekends with his sister and brother-in-law, on the golf course with his son or his buddies, or gambling at his favorite casinos. He also looked forward to his evening facetime calls with his three beautiful granddaughters: Violet, Ella and Zoey. He would light up when one of them would wave hello, take their first step, sing him their favorite song or tell him they missed him and wanted him to come for a visit. Bob was preceded in death by his parents Charles and Bessie DeShazo and his sisters Marilyn and Charlene. He leaves behind his sister Pam Blaylock, his son Ryan (Kim), his three granddaughters Violet, Ella and Zoey, as well as his many nieces, nephews, brother-in-law and friends all of whom he loved dearly. In closing, what we will remember most about Bob: He was an extraordinary "left" handed golfer; he loved a hot cup of black coffee any time of the day and would often accompany that with a cigarette. He enjoyed a year around tan and worked very hard basking in the sun to achieve that color. He was well respected in the credit union and mortgage industry and was loved dearly by his many family and friends. Bob was a beloved brother, proud father, father-in-law and grandpa and never sweated the small stuff. If he called you punk or little $%#@ you knew he had a special place for you in his heart because those were terms of endearment for Bob. His bigger than life personality will be missed by everyone that loved him and his legacy will continue on through his son, grandchildren and everyone he touched along the way. At this time due to COVID-19 the family will not be holding a service for the safety of Bob's family and friends. To pay tribute, please visit www.robertdeshazo.com to leave a memory and or post a photo of Bob. We hope to hold a small gathering for close family and friends down the road at a safer date. In lieu of flowers please donate to www.savethechildren.org

Robert "Bob" DeShazo passed away on Monday, August 23rd, 2021 at the age of 76 after an ongoing battle with Cancer. Born on February 10, 1945 in Compton, CA, Bob was the only son and number 3 out of 4 children for Bessie and Charles DeShazo.... View Obituary & Service Information

The family of Robert Donald DeShazo created this Life Tributes page to make it easy to share your memories.

Send flowers to the DeShazo family.