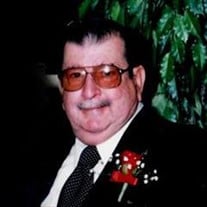 Our loving father and Vavoo, Richard Alfred Perry, 82, of Visalia joined our beloved mother Patricia August 13, 2021. Richard was born September 23, 1938 in Tulare, Ca. The sixth child of Anebel Alves Perry (Pereira) and Mary G. Pacheco. He attended Tulare Union High School graduating in 1956. In 1970 he and Patricia established a home in Visalia where they raised their children. He loved sports and coached his kids in little league, softball and soccer throughout those early years. A lifelong baseball fan he was proud of the fact he helped to establish and build the little league fields in Tulare that are still in use today. He was a diehard Los Angeles Dodgers fan which made for quite the debate with family members who supported another team. During the years many trips were taken in the motor home to baseballs Spring Training in Arizona. Many great memories were made on those trips as it was something they shared with the grandkids who they would take along. His greatest joy were his grandkids. He and Patricia would rarely miss an athletic event, play, choir/band performance, or anything involving them. Richard is preceded in death by his wife of 46 years Patricia, hIs daughter Melissa (Perry) Lewis, his parents, and his siblings Dorothy Becerra, Edward Perry, Lillian Gomes, Nebel Perry and Mary Ramos. He is survived by his five children, Amanda (Mike) Gillham of San Luis Obispo, Elaine Barton (Richard Frates) of Visalia, Eric (Cathy) Perry of Tyler, TX, Lisa (Jeff) Morgan of Visalia and Susan (Rod) Feil of Bakersfield. 15 grandchildren and 25 great grandchildren along with numerous nieces and nephews. A special thank you to his niece, Mary Gomes who was such a comfort to him in the last few years. The family would like to thank the staff of Quail Park on Cypress and Linwood Meadows for the care and love they gave to our dad. A Memorial will be held at Salser & Dillard Funeral Chapel, 127 E. Caldwell Ave, Visalia, Ca 93277 on Wednesday August 25th with visitation beginning at 12pm and service at 1pm. Graveside service to immediately follow at Exeter Cemetery, 719 E. Marinette Ave, Exeter, Ca 93221. The family requests those attending wear Dodger Blue gear or Blue as tribute. Services have been entrusted to Salser & Dillard Funeral Chapel. Memorial Tributes and condolences may be offered by logging onto www.salseranddillard.com.

The family of Richard Alfred Perry created this Life Tributes page to make it easy to share your memories.

Our loving father and Vavoo, Richard Alfred Perry, 82, of Visalia...

Send flowers to the Perry family.