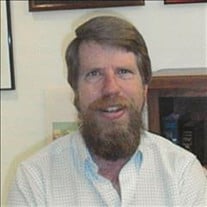 Patrick Charles Smith, age 65, died at home Christmas morning 2021. He was born in Visalia to Charles and Eileen Smith and was the last of four siblings: Mike, Kathleen (Kass), Colleen, and Patrick. He attended George McCann, Redwood High School and College of the Sequoias. He married his high school sweetheart Cathy in 1976. He often gave little tokens of love to show her he had been thinking of her during his day. In his retirement, he took over much of the meal preparation because "one of the best treats in life is when a friend takes care of something that was bugging you (just cuz)." Proud of his son, he taught Christopher at an early age that there are always two sides of every story - you have to listen to both. Pat saved every letter from Chris in his travels and each article and magazine that shared Chris's photos. Pat looked forward to Chris's phone calls and visits. They talked about politics, books, SF Giants, cooking, and they shared music and many laughs. Pat loved irony and had an irreverent sense of humor - a trait he encouraged in Chris. He was quick with a pun or movie quote in most situations and took delight in making others, especially Cathy, laugh at inappropriate times. His office walls and drawers were covered in cartoons, quotes and lyrics from authors, family, and his own crafted thoughts. "An unorganized lifestyle permits eventual surprises," was discovered on a scrap of paper atop a stack of his many notebooks. Pat began his career as a draftsman and was employed as an electrical designer for many years. A true artist, he was a craftsman in 2-D and 3-D arts that included photography, ink, pencil, paint, clay, wood, and words. He had an eye for artistry and found beauty in everyday color, lines and shadows. He encouraged art in others and especially enjoyed the paintings of his brother-in-law, Richard Fischer. Among his most recent sketches was a planned piece of artwork to show his love for Cathy. A tough ol' goat with a gentle heart, he'll be remembered by many for his generosity. Visitors often found themselves leaving with items that ranged from books, tools, plates of cookies and even music from his prized collection of the Grateful Dead and Frank Zappa You'll be greatly missed, my old friend. Pat is survived by his sister, Colleen Heller of Pleasanton, brother Mike Smith of Healdsburg, numerous nieces and nephews, wife Cathy, son Chris, and beloved dog Sanka, the last in a long line of faithful companions. A memorial will be held in the summer. In lieu of flowers, the family requests donations be made to the SPCA. (Or maybe just give a scratch on the head of a dog in Pat's memory.) Dogs are True poets. They say what Must be said Now Who cares if Anyone else hears -Pat Smith Services have been entrusted to Salser & Dillard Funeral Chapel. Memorial Tributes and condolences may be offered by logging onto www.salseranddillard.com.

The family of Patrick Charles Smith created this Life Tributes page to make it easy to share your memories.

Send flowers to the Smith family.