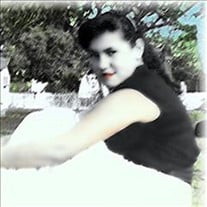 It is with deep sadness that we announce the passing of Maria Lydia Velasquez, known to many as "Nonie," on June 24, 2021, at the age of 75 in Visalia, Ca. after struggling with ongoing health issues. She passed away peacefully. She was a loving woman with a huge heart and took pride in caring for many. Nonie was the glue to our family. Nonie was born on November 13,1945 in Visalia Ca to Ruben and Nellie Velasquez. She is the oldest of 10 kids. Nonie was raised with her grandparents in Visalia, Ca., Nonie married her then-husband in 1965, and they had four children together, Angie, Richard, JoeRay, and Al. She raised her children and had various jobs for some years, and after some time, she became a caregiver. She worked for Remedy Home Health Care, and because of her big heart, she became a CNA, and this is ultimately how she provided for her family. This was fitting for her personality as she knew no stranger; her door was always open to those in need. She did not judge anyone's situation, but instead, she was always willing to share what she had. Nonie was not only a mother, but she became a grandmother to many grandkids and great-grandkids, whom many she helped raise. I believe that this was Nonie's greatest accomplishment. She raised her kids and grandkids to stand tall and be proud of who they are and where they come from. Siblings recall memories of Nonie being available for them no matter what the situation or the hour; opening her home, giving advice, and helping to mother her younger siblings - always making her family a priority. Nonie always enjoyed coffee with some of her sisters and cousins and looked forward to spending time with them, as this was their way of staying connected. She spoke to her siblings that did not live near almost daily on the phone and looked forward to those connections as well. Nonie's legacy is being the beacon of our family, our go-to, and our number one supporter. Nonie can be described as sassy, giving, caring, stubborn, genuine, motherly, and self-sacrificing. Nonie was a mother, sister, grandmother, great-grandmother, Tia, and friend. She had 24 grandkids from her children and 41 great-grandkids and three great-great grandkids. She will truly be missed by all. Service Of Remembrance services will be held 1:00 PM - 4:00 PM Saturday, July 17th, 2021 at Salser & Dillard Funeral Chapel, 127 E. Caldwell Ave., Visalia. Services have been entrusted to Salser & Dillard Funeral Chapel. Memorial Tributes and condolences may be offered by logging onto www.salseranddillard.com.

It is with deep sadness that we announce the passing of Maria Lydia Velasquez, known to many as "Nonie," on June 24, 2021, at the age of 75 in Visalia, Ca. after struggling with ongoing health issues. She passed away peacefully. She was a loving... View Obituary & Service Information

The family of Maria Lydia Velasquez created this Life Tributes page to make it easy to share your memories.

It is with deep sadness that we announce the passing of Maria...

Send flowers to the Velasquez family.