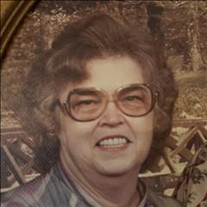 Marcene Murray was born in Eagle Point, Washington on April 20, 1934, to Rolla Byron Murray and Verla Hampton Murray. She had an older brother Ronald Murray and a younger sister Sue Reynoso, who have both passed. Marcene also had two half-sisters, Reba Jean and Dorothy Heath from whom she was separated from early in her life and she always dearly missed them. In her late 70's with the help of one of her granddaughters she would find once again her sister Dorothy, and would be happily reunited with her and get to meet her family. Her family would travel a lot during her growing years all over California and Oregon as her father could find work. She attended Lemoore High School. During this time she met John Rocha and they were married in Las Vegas, Nevada, in 1951. They established their first home in Visalia, Ca., where they would go on to have 3 children; Marvin John Rocha , Katherine Marcene Rocha and Vicki Sue Rocha. From here they would move with their family to Point Reyes, California, where they would live for several years then moving back to Hanford, California, for a few years until finally returning back to Visalia, where they would live for the next 60 years. Marcene went to work for Jostens Yearbook as a color stripper in early 1960's, where she would go on to work for over 25 plus years. Upon retiring from Jostens Yearbook she purchased the Mode-O-Day women's clothing store in Tulare, which she owned and operated for several years until her full retirement. In retirement she was instrumental in helping to raise several of her great grandchildren and was an important part of their lives. Marcene is survived by her husband John L Rocha, to whom she had been married for over 70 years, her son Marvin Rocha of Northfork, California, daughter Katherine Newton of Reedley, California, and daughter Vicki Armstrong of Visalia, California. She also leaves behind 12 grandchildren and 21 great-grandchildren whom she loved and was very proud of. Marcene Murray Rocha's great-great grandfather was Abraham Hunter Murray Sr., one of the original founders of Fort Visalia. The Abraham Hunter Murray family were very instrumental in the beginning of what would become the City of Visalia, of which she took great pride. Graveside services will be held 12:00 PM - 12:45 PM Wednesday, December 1st, 2021 at Visalia District Cemetery, 1300 W Goshen Ave, Visalia. Services have been entrusted to Salser & Dillard Funeral Chapel. Memorial Tributes and condolences may be offered by logging onto www.salseranddillard.com.

Marcene Murray was born in Eagle Point, Washington on April 20, 1934, to Rolla Byron Murray and Verla Hampton Murray. She had an older brother Ronald Murray and a younger sister Sue Reynoso, who have both passed. Marcene also had two half-sisters,... View Obituary & Service Information

The family of Marcene Murray Rocha created this Life Tributes page to make it easy to share your memories.

Marcene Murray was born in Eagle Point, Washington on April 20,...

Send flowers to the Rocha family.