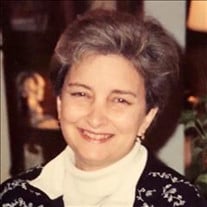 Kathryn Nott Oldershaw Obituary Kathryn (Kathy) Nott Oldershaw was a longtime Visalia resident born on January 5, 1943, in Oakland, California. Kathy departed this life on March 22, 2021, with her family by her side. Kathy was preceded in death by her parents, Willard Nott and Ellen (Dorman) Nott, as well as her sister, Mary Burke. Left with decades of fond memories are her husband, Terry Oldershaw, of 58 years, as well as her beloved daughters, Carolyn Johnson and Sharon Keller, sons-in-law, Ken Johnson and Todd Keller, and grandchildren, Melina, Matthew, and Mallory Manetti, and Max and Zoe Keller. She is also survived by her brother, Bill Nott, and sister, Margie Woehrmann, as well as numerous nieces and nephews. Kathy graduated from Piedmont High School in 1960 and went on to attend UC Davis, where she met her husband, Terry. The two married in 1963, and went on to live for a short time in both Alabama and Georgia, and then in Augsburg, Germany, before returning home to the Bay Area and eventually settling in Visalia. While raising her daughters, Kathy returned to school and earned her Master's Degree in Nursing from Fresno State University in 1985. She had a long career in numerous health care positions, including ICU nursing, school nursing, and eventually teaching at Porterville College. Kathy was dedicated to public service and was a frequent volunteer for various community programs and public health clinics, including the Samaritan Center of Visalia. Kathy was an avid pickleball player, and could often be seen on the pickleball courts of Visalia. She was also a voracious reader, and her loved ones will miss her book recommendations and her presence at book club. Other favorite pastimes included playing bridge, camping, doing jigsaw puzzles, making stained glass projects, and going to the gym. As the matriarch of her family, Kathy was a wonderful and loving mother to her daughters, and she relished her role as Grandma to her five grandchildren (spoiling them rotten at every opportunity). She was also a wonderful friend. Kathy's irreplaceable presence and love will be greatly missed by all who knew her. Everyone who remembers her is asked to celebrate Kathy's life in their own way, perhaps by raising a toast, or by playing a pick-up game of pickleball. Friends and family are invited to a virtual memorial service at 10:00 am on April 3, 2021 https://www.salseranddillardvisalia.com/obituaries/Kathryn-Oldershaw/#!/Obituary You may also use this site to share a personal message or story, meaningful photo or video, or record a video message. In lieu of flowers, Kathy's family would appreciate donations made to the Samaritan Center of Visalia: https://www.samaritancentervisalia.com

Kathryn Nott Oldershaw Obituary Kathryn (Kathy) Nott Oldershaw was a longtime Visalia resident born on January 5, 1943, in Oakland, California. Kathy departed this life on March 22, 2021, with her family by her side. Kathy was preceded in death... View Obituary & Service Information

The family of Kathryn "Kathy" Oldershaw created this Life Tributes page to make it easy to share your memories.

Send flowers to the Oldershaw family.