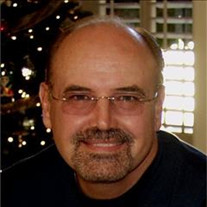 Gary Walter, MD, age 73, passed away unexpectedly in his Visalia, CA home on March 4, 2021. Until his death, he was the forensic pathologist for Tulare and King counties and owner of Microcorre Diagnostic Laboratory in Tulare. His medical practice in Tulare spanned nearly 40 years. Dr. Walter was the first child of his retired Air Force Major and later dentist and rancher father, and his devoted homemaker and church pianist mother. After initially pursuing graduate studies in chemistry, Dr. Walter earned his MD degree from Loma Linda University School of Medicine. He subsequently completed a pathology residency at the University of California at Los Angeles. Between medical school and residency, Dr. Walter indulged his love of flying, instilled by his father, by working as a corporate pilot for several years. In his youth, Dr. Walter was a stellar student, class president, lead trumpeter in the band, student pilot, springboard diver, exchange student in Mexico, and sought-after director and host of numerous school productions. With a college friend, Dr. Walter finished a sailboat from the hull and loved sailing it with friends to the California Channel Islands. Later, in his more limited spare time Dr. Walter greatly enjoyed his friends and family with trips to Chicago, Michigan, Florida, the California coast and Bay Area, Arizona, and Germany; flying with his pilot brother; exploring family history with his sister and cousins; restoring antique cars; and tending to his orchards. In forensic pathology, Dr. Walter found a career that melded the precision of a pilot with a deep desire to discover, explain, and make meaning of the causes of unnatural death for the decedents' survivors and for the law enforcement and judicial systems. While Dr. Walter's career necessitated facing decades of sudden, unexpected, and often violent death, he nonetheless persisted far past usual retirement age. When asked why, he simply said he was committed to and loved his community, his work and his colleagues, who became like family to him. His community and colleagues returned his commitment with love and respect, an incomparable gift which nurtured and sustained Dr. Walter throughout his career. Dr. Walter is survived by his sister and brother, six nephews, two grandnieces, and one grandnephew. He was deeply admired and loved by his family, friends, and colleagues. A private family commemorative gathering will take place at a later time.

Gary Walter, MD, age 73, passed away unexpectedly in his Visalia, CA home on March 4, 2021. Until his death, he was the forensic pathologist for Tulare and King counties and owner of Microcorre Diagnostic Laboratory in Tulare. His medical... View Obituary & Service Information

The family of Dr. Gary Walter created this Life Tributes page to make it easy to share your memories.

Gary Walter, MD, age 73, passed away unexpectedly in his Visalia,...

Send flowers to the Walter family.