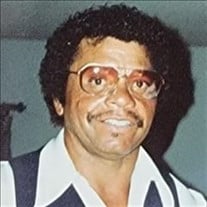 Freddie Lee Ford was born to Fred Ford Sr. and Martha Williams on March 30th,1938 in Bakersfield, Ca. Freddie and his family moved to Tulare, CA where he attended elementary, middle, and Tulare Union High schools. He played baseball, football, and basketball where he excelled in sports as a blue chip athlete. He was a two time all American at Tulare Union High School. As a high school freshman Freddie broke Bob Mathias records in shot-put and discus. He was named to the team and led cal poly to the CCAA league football title. He also lettered on the Cal Poly wrestling team, which won the Pacific coast Championship. Freddie played with the British Columbia Lions of the Canadian Eastern, after his high school and College days. Later he played for the Chicago Bears of the National Football League and Buffalo Bills of the American Football League, before going to the Los Angles Chargers of the Western League. In 1961 he was traded to the San Diego Chargers. Freddie worked in sanitation with his uncles, he then went into sales, and also worked for the juvenile dept for the City of Visalia, He then became a youth supervisor for C-Set, making friends with many young men. Freddie leaves to cherish his home, to his wife of 29yrs Dorothy Holley Ford, one son Phillip Watson and spouse Kandis of Visalia Ca, one daughter Becky Ford-Walker and spouse Howard of Sacramento Ca, Two stepdaughters Deanna Sigler Antwan of Fresno and Lisa Wiley of Fresno. One brother Gerald Ford of Tucker, Ca, 27 grand-children, 24 great grand-children, 7 great great grand-children and x-wife Anna Mae Ford. Freddie was preceded in death by his parents Fred and Martha Williams, son Robert Ford and step-son John Kemp. Memorial services will be held 10am Saturday, June 19th, 2021 at Salser & Dillard Funeral Chapel, 127 E. Caldwell Ave., Visalia. Services have been entrusted to Salser & Dillard Funeral Chapel. Memorial Tributes and condolences may be offered by logging onto www.salseranddillard.com.

The family of Freddie Lee Ford created this Life Tributes page to make it easy to share your memories.

Send flowers to the Ford family.