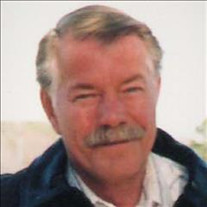 Earnest Washington Gardner Jr "aka Junior" Junior Gardner passed away at age 82, on February 25, 2022 in the comfort of his deep-rooted home, surrounded with the loving care of his family. His sharp mind, entertaining stories, craftsmanship... View Obituary & Service Information

The family of Earnest Washington Gardner, Jr. created this Life Tributes page to make it easy to share your memories.

Send flowers to the Gardner family.