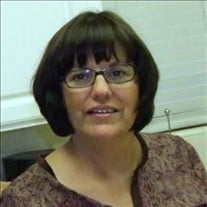 Debra Kae Martin (O'Connor), 69, loving mother of five, and wife to husband David Martin, passed away peacefully in the early afternoon of January 3, 2022 after a courageous battle with multiple myeloma. She was preceded in death by her mother, Dona and grandmother, Alta. Debra was born on June 3, 1952 in Porterville, CA. and grew up in Springville, California with her parents and three brothers. She has a cousin and was blessed with many nephews and nieces. During her teenage years she moved to Rancho Cordova, CA and graduated from Cordova High School, Class of 1970. She also attended American River College and Porterville College. In 1979 Debra and her family moved to Porterville. Before she retired in 2010 she was employed as an Instructional Aide with the Porterville Unified School District for about 27 years. She met her husband, David in 1971 at a social gathering. They fell in love a few weeks later and knew they both shared a love for family and decided to start their own after marriage on August 26, 1972. Debra was influenced by her family to be a loving and caring woman, always giving her time to others and she incorporated that into her motherhood. As a mother she was generous, loving and kind. Debra became a grandmother in 1993 and she was absolutely thrilled about her family growing even bigger. In her free time she loved spending time with her grandchildren. She believed it was very important. She loved the mountains and beaches. Her favorite trip was to the island of Kauai. She will be greatly missed by her family and especially her five adult children: Amy, Jonathan. Tanya, Aric and April who adore her with all of their hearts. We know that we can't have you but we're happy knowing that the angels have finally got you back. Goodbye to a wonderful woman and a beautiful mother. Debra is survived by her husband, David, three daughters: Amy, Tanya and April and two sons: Jonathan, Aric and eleven grandchildren. Visitation will be held 3-6pm January 29, 2022 at Salser & Dillard Funeral Chapel 127 E Caldwell Ave., Visalia Ca, with the Rosary to be prayed at 4pm and a Service of Remembrance to begin at 5pm during which a eulogy will be offered by Steve Browne and Kenton Meyers. For the safety of yourself and others we do request you wear a mask. In lieu of flowers donations may be made to Kaweah Health Hospice Foundation in memory of Debra. Services have been entrusted to Salser & Dillard Funeral Chapel. Memorial Tributes and condolences may be offered by logging onto www.salseranddillard.com.

Debra Kae Martin (O'Connor), 69, loving mother of five, and wife to husband David Martin, passed away peacefully in the early afternoon of January 3, 2022 after a courageous battle with multiple myeloma. She was preceded in death by her mother,... View Obituary & Service Information

The family of Debra Kae Martin created this Life Tributes page to make it easy to share your memories.