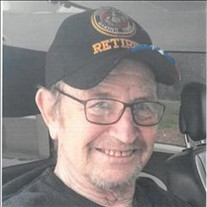 David Arthur Learned, SR. September 15, 1939 to November 16, 2021, he was 82 years old. Dave was born in Miles City, Montana on September 15, 1939. His family moved to El Cajon, California where they lived throughout his teen years. He attended San Diego State University and after graduation he accepted a commission to the United States Marine Corps where he served as a decorated helicopter pilot. He met and married the love of his life in 1965. Jane Mathes Learned 1944-2015 they were married just under 50 years when she passed away from a long battle with cancer. After Vietnam, Dave went on to fly for United Airlines. It was during his early flying days that he heard about Three Rivers and moved his Family there and He and Jane raised their 2 children there. He loved the town and was involved in its development as a Real Estate Broker. In 1991 they built their own dream home in Kailua- Kona, Hawaii where they lived for 17 years. Dave was an avid fisherman. He often had an ono, marlin, or a mahi mahi on his line. He loved the Hawaiian culture and was known to throw a beautiful luau with guests breaking out their ukuleles and performing a hula dance. Aransas Pass, Texas was their next destination when it was time to return to the mainland. They had a wonderful house on the canal and he continued to fish. When fishing became difficult due to his limitations, he traded in the fishing boat for a pontoon boat for sunset cruises with friends and family. When Jane passed away in 2015 he decided to return to the place he loved most, Three Rivers. He was active in maintaining his business complex in the center of town. Dave is survived by his Daughter, Kelly Feenan and her husband Rob, and grandchildren Kat and Maggie as well as his Son David Jr., wife Heather and grandchildren David III and Julia. A graveside service will be held at Three Rivers Cemetery at 11:00 am Saturday Jan. 8, followed by a Celebration of Life at the Three Rivers Memorial Building. In lieu of flowers, please send donations to the Semper Fi Foundation. Services have been entrusted to Salser & Dillard Funeral Chapel. Memorial Tributes and condolences may be offered by logging onto www.salseranddillard.com.

David Arthur Learned, SR. September 15, 1939 to November 16, 2021, he was 82 years old. Dave was born in Miles City, Montana on September 15, 1939. His family moved to El Cajon, California where they lived throughout his teen years. He attended... View Obituary & Service Information

The family of David Arthur Learned, Sr. created this Life Tributes page to make it easy to share your memories.

Send flowers to the Learned family.