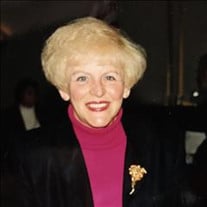 CAROLYN JUNE DECKER YOUNG MEFFERT OBITUARY Carolyn June Decker Young Meffert went to be with her Lord and Savior Jesus Christ on July 14, 2021 at age 77. Carolyn passed peacefully to her heavenly home after a courageous battle with Congestive Heart Failure. Carolyn was born April 7, 1944 in Visalia, California to Milo and Doris Decker. Carolyn was the middle child of three children that include Lance Decker and Nellie "Kay" Decker (Jolly). Carolyn's sister Kay preceded Carolyn in death in 2016. Lance and his family reside in San Diego. Carolyn married Steve Young in 1964 and they had two children, Stephanie Young and Justin Young. Steve worked as a firefighter Captain for Visalia Fire Department. Carolyn married Edward Meffert in 1986 and they were married 34 years until Edward went to be with Jesus in 2019. Carolyn graduated from Mt. Whitney High School in 1962 and attended College of Sequoias. Carolyn was a third generation Visalia native and loved her town and the people in it. Carolyn was raised with a good work ethic and she worked hard her entire life. Carolyn was a very loving, loyal, and kind Christian woman who was well known for her faith and her amazing generosity. She blessed people at every opportunity. Carolyn and her husband Ed were members of Christ Lutheran Church in Visalia for over 30 years and they loved their friends from church who they considered family. After working for the County of Tulare, Carolyn enjoyed a lengthy career with the Southern California Gas Company until she retired in 2002. After retirement, Carolyn worked part time for a local business where she loved interacting with her co-workers and customers. Caroyln loved people and conversation, and was a joy to be around. Carolyn and her husband Ed enjoyed traveling in the United States, Canada, and abroad. Carolyn loved the mountains and the beauty of God's creation. Carolyn and Ed were members of Roger Rocka's Dinner Theater and were members of a local Gourmet Dinner Club for 30 years. Carolyn's love for life and people was contagious and she made friends wherever she went. Carolyn loved her family and her many friends. She will be greatly missed by all. Carolyn was very active in the lives of her grandchildren who adored her. Carolyn leaves behind her sons Justin Young (Sabrina) and John Meffert (Misty), Rex (Dottie) and Mike (Sarah) Kovacevich, daughter Stephanie Young, grandchildren Steven Freitas Young, Sierra Freitas Young, and Kiearran Young, her brother Lance Decker (Dalene), brother-in-law Bill Jolly, and many beloved nieces, nephews, cousins, dear friends, and her beautiful cat "Angel." A Celebration of Life service will be held at Christ Lutheran Church Saturday August 7, 2021 at 11:00 AM with a luncheon reception immediately following. Burial will be private in Visalia.

The family of Carolyn June Meffert created this Life Tributes page to make it easy to share your memories.

Send flowers to the Meffert family.