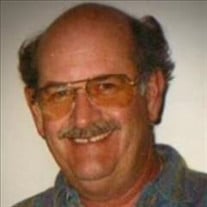 Calvin entered into rest on April 20,2022 in Visalia, California. He was born on March 29,1938 to his parents Harry and Jessie Deurloo in San Francisco, California. Cal, as he has been known for many years, leaves behind his loving wife Carol and his loving children, Bruce Deurloo and Treasa (Deurloo) Bonnar. Also, his grandchildren, Michaela Deurloo, Logan Deurloo, Jessica Bonnar and Vanessa Bonnar. After graduating from high school in Ripon, California, he joined the US Navy and served four years (1956 -1960). He then married his wife, Carol Frobose, on August 12, 1960. They gave birth to three lovely children, Bruce, Sharyn (deceased in 1992 due to a vehicle accident) and Treasa. They raised their family mostly in Porterville, California and were married for 61 years. Cal was a very active man. He loved gardening, camping, hiking, boating and snowmobiling. While living in Porterville, he was past president of the Breakfast Lions Club and a member of the First United Methodist Church. After retirement from Beckman Coulter, he and his wife, Carol, moved to Lake Almanor in Chester, California and built a home on the property they had purchased while camping there years earlier. They lived in their mountain home for several years, becoming active members of the Chester Community United Methodist Church. Cal also became a member of the Lion's Club and the Community Chorus and participated in many other activities. Cal was a loving and devoted husband, father, and grandfather and will be missed by all those who knew and loved him. In lieu of flowers, donations may be made to: Chester Community United Methodist Church or Visalia Rescue Mission PO Box 615. 741 N. Santa Fe Ave. Chester, CA. 96020 Visalia, CA. 93292 www.vrmhope.org Arrangements have been entrusted to Salser & Dillard Funeral Chapel at 127 E. Caldwell Ave in Visalia, Ca 93277 (www.salseranddillard.com ). A memorial service will be held there on Sunday, May 1st, at 3:00 p.m.

Calvin entered into rest on April 20,2022 in Visalia, California. He was born on March 29,1938 to his parents Harry and Jessie Deurloo in San Francisco, California. Cal, as he has been known for many years, leaves behind his loving wife Carol... View Obituary & Service Information

The family of Calvin Edward Deurloo created this Life Tributes page to make it easy to share your memories.

Send flowers to the Deurloo family.