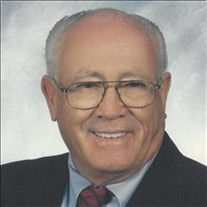 On Friday February 5th Wayne Hunter passed away peacefully at the age of 82. Wayne was born on March 27, 1938 in Wister Oklahoma to John and Rosa Ann Hunter. At a young age his family moved to California and eventually settled in Visalia. Wayne attended grade school and high school in Visalia and graduated from Mt. Whitney High School with the class of 1956. Wayne married in 1957 to a longtime friend and neighbor Mary Lou Thompson. Later two daughters Kellye and Debra made their debut and life in Visalia was good. Wayne was adventurous and a man of many trades. He was a Fierce Marine, a Brave Firefighter, Skilled Electrician, and General Contractor. Wayne began his career with the California Department of Forestry the day after graduating, working in several counties in California. He retired 30 years later as Captain from the Sonoma Ranger unit in Sonoma County. Wayne was not idle after retirement using his many skills to lend a helping hand to all who needed help. In the 90's Wayne and Mary moved to Greenbrier Arkansas building a home on 126 acres and there he became a "Small" cattle rancher. Wayne and his little Maltese "Puddy" enjoyed riding on the tractor and 4 wheeler to check on the cattle. Six years later Mary was missing Kellye and Debra and grandkids so back to California. Wayne and Mary returned to Visalia to be near family and dear friends. Wayne was a man of god and attended Pentecostal Lighthouse Church in Visalia. Wayne was known for his contagious smile, quick wit but most of all his warm and loving heart. Wayne was preceded in death by his parents, John and Rosa Ann his beloved Daughter Kellye, Sister Hazel, Wanda, Dovie, and Glenda and brother Earl. Wayne is Survived by his wife Mary of 63 wonderful years, Daughter Debra, Five grandchildren Tami, Robert, Nick, Michelle and Ashlye. 10 Great Grandchildren and his sisters Betty and Cathy as well as many Nieces, Nephews, Cousins, and many close dear friends. Wayne led an extraordinary life leaving a lasting impression on all who knew him. He will be forever in our hearts. As he journeys into heaven, we know he will be cherished there as much as he was here. THE BOY, THE MAN, THE LEGEND A Service Of Remembrance will be held at 3:00 PM Saturday, February 27th, 2021 at Salser & Dillard Funeral Chapel, 127 E. Caldwell Ave, Visalia CA. A webcast will be broadcast during the time of service, and can be viewed by logging onto www.salseranddillard.com, and clicking on Wayne's obituary photo. Services have been entrusted to Salser & Dillard Funeral Chapel. Memorial Tributes and condolences may be offered by logging onto www.salseranddillard.com.

On Friday February 5th Wayne Hunter passed away peacefully at the age of 82. Wayne was born on March 27, 1938 in Wister Oklahoma to John and Rosa Ann Hunter. At a young age his family moved to California and eventually settled in Visalia. Wayne... View Obituary & Service Information

The family of Wayne Hunter created this Life Tributes page to make it easy to share your memories.

On Friday February 5th Wayne Hunter passed away peacefully at...

Send flowers to the Hunter family.