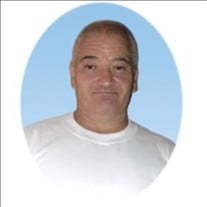 Arnulfo Vera Valencia, 53 of Visalia, California, died on July 11, 2021, in Visalia, California. Arnulfo was born to Fidel Marquez Valencia and Guadalupe Hernandez Vera on May 10, 1968 in Tepatitlan, Jalisco, Mexico. As a child, Arnulfo spent his years in Los Angeles later moving to Ivanhoe and then graduating from Golden West High School in 1987. During his high school years he was very active and played both football and soccer. Arnulfo liked working with his hands and helping others, at the age of 18 he began working as a mechanic which he did for over 35 years. He was a very hard worker and wanted to provide the best for his family. Arnulfo made friends where ever he would go. In his spare time he enjoyed spending time with his family and playing with his grandchildren. Arnulfo was also a die hard 49ers fan, no matter how much he was teased by his family. He is survived by nine children, Vanessa Valencia (Jacob), Edward Valencia, Arnulfo Valencia Jr., Alejandro "Alex" Valencia, Arnie Valencia, Anthony Valencia, Andrew Valencia, Sara Eusebio, and Robert Eusebio; his grandchildren; his parents, Fidel Marquez Valencia and Guadalupe Hernandez Vera; three siblings, Ricardo Valencia, Lorena Gonzalez, and Carmen Ramirez; and his companion, Lupe Castro. Arnulfo will truly be missed by all. Visitation will be held 4-7pm Monday, July 26th, 2021 at Salser & Dillard Funeral Chapel, 127 E. Caldwell Ave., Visalia, with the Rosary to be prayed 6pm.Mass of Christian Burial will be celebrated 10:30am Tuesday, July 27th, 2021 at St. Mary's Catholic Church 608 N. Church Street, Visalia with burial to follow at Visalia District Cemetery, 1300 W Goshen Ave, Visalia. Services have been entrusted to Salser & Dillard Funeral Chapel. Memorial Tributes and condolences may be offered by logging onto www.salseranddillard.com.

The family of Arnulfo Vera Valencia created this Life Tributes page to make it easy to share your memories.

Send flowers to the Valencia family.