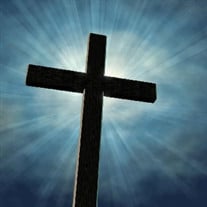 Arnold Glenn Henderson, 90, passed away on Friday, April 23, following a brief illness. He leaves his wife of 71 years, Lillie (Nixon) Henderson, and four children; daughter, Phyllis Smith (Duane), daughter, Cindy Goodell (Larry); son, James Henderson and daughter, Christine Walker (Gary) and fourteen grandchildren, fifteen great grandchildren and six great, great grandchildren and many close family and friends. He was preceded in death by their youngest son, Paul Henderson who passed away April 23, 1988. He was born and raised in Rush Springs, OK, the son of Gilbert and Elsie (Stewart) Henderson. He resided in Exeter, CA the last 24 years and in Dinuba 40 years before that. He met his wife, Lillie Nixon and they were married on April 15, 1950. A devoted husband, father, grandpa and friend to his loving family and friends. He enjoyed vacationing at the coast and traveling to Oklahoma to see family. He served with the U.S. Airforce as an airplane mechanic spending most of his military service time in Anchorage, Alaska. After his honorable discharge, he moved his wife and first born daughter to Montana for a short time and then to Dinuba where he and Lillie raised their five children. He spent his lifetime faithfully serving God in the church music ministry as a praise and worship leader and playing his bass guitar, electric guitar and keyboard. Arnold will be laid to rest at Smith Mountain Cemetery in Dinuba, CA. A reception will be provided at Mt. Zion Apostolic Church (Goshen) following the burial service.

The family of Arnold Glenn Henderson created this Life Tributes page to make it easy to share your memories.