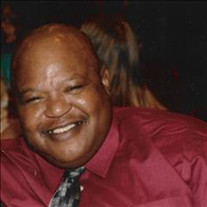 Albert H. Jourdan Jr., 67, of Visalia, California lost his 7-month battle with pancreatic cancer on March 24, 2022. He leaves a huge hole in the hearts of his family and friends, who were always entertained by his stories and hilarious sense of humor. He truly brought the life to the party. Albert ("Nokey" to his friends and family) was born on May 28, 1954 to his loving parents Albert Jourdan Sr. and Helen Jourdan (Brown), in the 9th Ward of New Orleans, Louisiana. Two years later, Helen, Al, and his baby brother Calvin relocated to Chicago, Illinois, where Helen met and married Tommy Lee Jackson, Sr. Shortly after, the family welcomed sister Debra Jackson and brother Tommy Jackson Jr. Al received his education through the Chicago Public School system and attended Fenger High School. At the age of 17, he enlisted and served in the United States Army. After serving his country, Al returned to Chicago where he began working at the Continental Can Company (International Paper). Al was a lover of music. It was this love of music that lead him to meeting the love of his life, Venita Brownlee, at a Funkadelic concert in Chicago's Grant Park. After 6 months of dating, Al and Venita tied the knot. A work promotion and relocation soon followed, where they moved to Visalia, California, in January 1996. Many years later, Al retired from International Paper after 30 years of service. In 2004, Al gave his life to Christ and was a faithful servant. He was a member of Visalia Second Missionary Baptist Church, where he served in the choir, finance department, and later became President of the church Brotherhood. Al also served on the Tulare County Grand Jury for two years. He was a diehard Chicago Bears fan, an avid reader, a sci-fi enthusiast, and he loved traveling. However, he often used his spare time on his favorite hobby, playing a friendly game of poker. Al was a favorite of everyone who ever met him; a fantastic father, a great husband, the best "Paw-Paw," and he never met a stranger. No matter the circumstance, you would always leave with a funny story of something Al did while you were with him or the latest dad joke that he just heard. On March 24, 2022 Al was called home to be with the Lord. Al is survived by his loving wife of 26 years, Venita, and their two daughters, Jonice and Kristin (John); four grandsons, Markus, Derrick, Grant, and Jordan, of whom he loved deeply. He had a special place in his heart for all of his siblings; seven sisters, Debra Jenkins (Reginald), Tanya Jourdan, Canika Jourdan, Kalandra Jourdan, Tassin Jourdan-Idewu, and Dawn Tucker; three Brothers, Calvin Jourdan, Chris Jourdan, and Elbert Jourdan. Al also leaves a host of uncles, aunts, nieces, nephews and cousins. Al is now at peace, joining his parents, grandparents, brother, Tommy Lee Jackson Jr. (Janice) and sister, Yolonda "Kim" O'Neal. That is one joyous party reunited! Memorial services will be held 10am Saturday, April 23rd, 2022 at Salser & Dillard Funeral Chapel, 127 E. Caldwell Ave., Visalia. Services have been entrusted to Salser & Dillard Funeral Chapel. Memorial Tributes and condolences may be offered by logging onto www.salseranddillard.com.

Albert H. Jourdan Jr., 67, of Visalia, California lost his 7-month battle with pancreatic cancer on March 24, 2022. He leaves a huge hole in the hearts of his family and friends, who were always entertained by his stories and hilarious sense... View Obituary & Service Information

The family of Albert Huey Jourdan, Jr. created this Life Tributes page to make it easy to share your memories.

Send flowers to the Jourdan family.